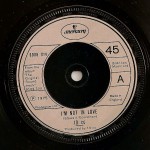 Eric Stewart, Kevin Godley, Lol Creme and Graham Gouldman all had a lengthy background in Manchester pop music circles before coming together as 10cc in 1972. Gouldman had enjoyed most success as a songwriter, creating, amongst others, ‘For Your Love’ for the Yardbirds, ‘Bus Stop’ for the Hollies and ‘No Milk Today’ for Herman’s Hermits, while Eric Stewart had been vocalist on the Mindbenders #2 US/UK hit ‘A Groovy Kind Of Love’ in 1966. He also worked for the Kasenatz-Katz ‘bubblegum’ factory in New York. Gouldman, Godley and Crème composed and recorded for Kasenatz-Katz and a couple of these recordings were issued in the US as by Kasenatz-Katz acts Ohio Express and Crazy Elephant. In the late 1960s, after the Mindbenders split, Stewart and Gouldman opened their own recording studios in Manchester, named Strawberry Studios after the Beatles hit ‘Strawberry Fields Forever’. The following year, Stewart, Creme and Godley recorded ‘Neanderthal Man’ as Hotlegs. Ostensibly recorded to test Strawberry’s new studio equipment, the song was overheard by visiting record executive Dick Leahy who asked, “What the hell’s that you’re playing? It sounds like a hit record to me!” Eric Stewart explained that it was just a studio experiment, but when Leahy offered to release the record, the trio had to come up with a group name. Stewart recalls; “We had a girl at the studio – Kathy Gill I think her name was – who had very, very nice legs and she used to wear these incredible hot pants. Green, leather hot pants. So we called the group, ah, Hotlegs.” ‘Neanderthal Man’ went on to sell 2 million copies.

Strawberry Studios became one of the best out-of-London studio facilities, and several major hits were recorded there during the early 1970s (including 2 Neil Sedaka albums on which 10cc acted as studio musicians), while in 1972, Graham Gouldman joined the fold, and Hotlegs became 10cc, at the suggestion of Jonathan King to whose UK label the group signed. 10cc’s clever pop songs (all 4 members were individual writers, but usually wrote in pairs) were a breath of fresh air on the British charts during a period dominated by Gary Glitter, the Bay City Rollers, Alvin Stardust and the Osmonds. The group’s material was extremely varied, while the songs’ subject matter was decidedly unusual. Their first hit ‘Donna’ was a 1950s doo-wop pastiche; ‘Wall Street Shuffle’ about greed and the money-markets; ‘Rubber Bullets’ a Beach Boys parody about a prison riot; ‘I’m Mandy Fly Me’ about a plane crash also satirized a contemporary airline advertising campaign, while the later ‘Dreadlock Holiday’ (a UK #1) was the pseudo-reggae story of a Jamaican holiday experience of the Moody Blues’ Justin Hayward. ‘Rubber Bullets’, the first of 3 UK number 1’s, was the band’s first US hit reaching #73 though due to its lyric I’m assuming it was probably banned by many US radio stations. Regarding ‘Rubber Bullets’ Eric Stewart has recalled in a BBC Radio Wales interview, “I was amazed, but pleased that the BBC never banned the track, although they limited its airplay, because they thought it was about the ongoing Northern Ireland conflicts. In fact, it was about the Attica State Prison riot like the ones in the old James Cagney films.”

After 2 years with Jonathan King, 10cc were snapped up for a reputed £1 million by Polygram, and delivered their first album for the company, The Original Soundtrack, in 1975. Of course, the group would never have stooped so low as to compose a straightforward love song – hence the tragicomic ‘I’m Not In Love’, a worldwide chart topper. One of the most original and enchanting pop music productions of the 1970s, that the song had originally been conceived and recorded in the style of a bossa nova (!) comes as little surprise since 10cc were adept at parodying diverse musical styles. However, it didn’t seem to work in that fashion, and the band voted to bin the track – Eric Stewart actually wiped the tape, so this version no longer exists. However, staff at Strawberry Studios were going around singing the song, and certain that it had potential, Stewart kept coming back to the song in-between work on other material for The Original Soundtrack. It was Kevin Godley who came up with the idea of building a vast layer of vocals. This was achieved by endless overdubbing on a 16-track tape machine, while keeping the basic musical track to a minimum of a synthesized bass drum and electric piano – this freed up enough tracks on the tape for all the vocals. According to Eric Stewart, creating over-dubs and harmony tape-loops, they spent about 3 weeks singing ‘Aaahh’ – By the time the work was complete, they had added a grand total of 624 vocal overdubs and harmonies, creating a stunning musical collage. These harmonies were sung by Godley, Creme and Gouldman, while Eric Stewart added his lead vocal after he’d mixed the vocals and basic instrumentation. Rather than the standard middle 8 or bridge section, the band opted for a lengthy bass-solo played by Graham Gouldman! There is also a cheap plastic, children’s music-box played over the fade-out.

When Strawberry receptionist Kathy Redfern stuck her head round the studio door and whispered to Eric Stewart that there was a phone call for him, the group found the finishing touch to their masterpiece – they invited her to whisper the line “Be quiet…big boys don’t cry” during the middle section. (The band later arranged for her to receive a gold record for her contribution) Not released as the first single from The Original Soundtrack, 10cc were, in fact, somewhat reluctant to release the six-minute ‘I’m Not In Love’ as a single – Graham Gouldman recalls, “None of us realized the commercial potential of it, we just thought it was a great track,” – but heavy radio play in England in the hot summer of 1975 forced their hand, and 4 weeks after release, the song shot to #1 at home and #2 in America where an edited version chopping the song down to 3’40 was released, basically ruining the entire performance! (In the UK, the BBC initially demanded an edited version which Eric Stewart reluctantly supplied, but due to public demand and media criticism, the Beeb ended up playing the full version) In late 1976, 10cc split in two, Godley and Creme going their separate ways and enjoying a number of hits including ‘Wedding Bells’ and ‘Cry’ before pursuing a highly successful career in video direction. Messrs Stewart and Gouldman continued with the group name delivering several more hits including, ‘Good Morning Judge’, ‘The Things We Do For Love’ and the aforementioned ‘Dreadlock Holiday’, their 3rd UK Number 1. Surprisingly, and taking into consideration the group’s obvious sense of humour, they didn’t change their name to 5cc!